What You Need To Know About Google’s Algorithm Updates 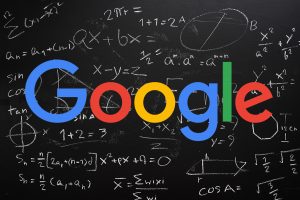 It is only the first quarter of the year, but Google’s Algorithm Updates are making digital publishers and Search Engine Optimisation (SEO) specialists a bit apprehensive about the changes in Google’s search algorithms. Businesses depend mostly on Google search if they want to increase their online traffic, which could later on be converted into sales. So even a slight adjustment or shift in the algorithm will have an impact on how businesses generate online traffic.

But, why the updates?

Google’s Algorithm Updates are set in place to improve user experience and deliver fast, rich results. These will dramatically improve the overall search satisfaction for users. In an interview with Ilya Grigorik from Google’s webmaster team, he said that Google is actually trying to lessen the amount of time that users spend on the search results page. “We want them to find the information they are looking for quickly; which means less time on the search results page.”, he added.

According to Forbes, a lot of websites experienced a 90 percent decline in online traffic when Google rolled out its algorithm updates last year. You don’t have to experience the same fate that these websites had. Take your SEO practices up a notch with the latest Google’s Algorithm Updates.

Google will include the mobile page speed as a variable in their mobile search ranking considerations starting July 2018. Since a lot of people are now using their hand-held devices when connecting to the Internet, it is a must that businesses and webmasters ensure that their websites are mobile-friendly and load fast.

Speed Update, as Google calls it, will only affect websites that “deliver the slowest experience to its users.” If you still remember, Google considered the page speed as a factor in ranking websites years ago. However, it only applies to desktop searches.

Google is pushing for websites to convert to HTTPS. This would mean that pages are expected to have an SSL 2048-bit key certificate. In terms of search ranking, websites with HTTPS will be “given a minor rank boost.” When this was proposed back in 2014 and 2016, the jump in rankings is limited to one percent only. Who knows, maybe this 2018 Google would be more generous.

Will this security upgrade impact your SEO efforts? Google said that it won’t but as mentioned above it can give your site a boost in the SERPS (Search Engine Results Page). If you don’t upgrade to an SSL certificate your site can be penalised and in fact decrease in the ranks. As a matter of fact, they have been encouraging webmasters to make the switch for many years. In addition, they even “promised” to release more documentation regarding the conversion to HTTPS in the future.

A study by Stone Temple Consulting shows that more than 55 percent of web traffic originated from mobile devices. And this number is expected to grow this year. This is one of the reasons why Google is rolling out the mobile first index.

As per the Search Engine Journal, Google will start indexing and ranking web pages based on the content of the user’s mobile experience. This is in contrast to the usual search ranking that factors the desktop experience. For instance, websites that have discrepancies in terms of content in its mobile and desktop version will most likely suffer from this new indexing. In short, it is an advantage if your website is mobile-friendly this 2018. 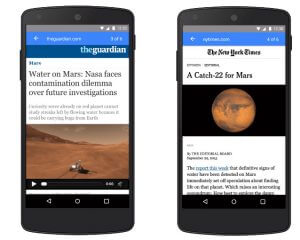 Progressive Web Apps are websites whose features are similar to an app mixed with the elements of a website. These provide an app-like experience to users who are browsing through their mobile devices. Among the highlights of PWAs are push notification and offline accessibility.

Probably you are asking how can PWAs be used in search engine indexing. Google has set guidelines and best practices on how you can use PWAs to your advantage. For instance, Google recommends that websites use clean URLs. This can be achieved by steering clear from fragment identifiers in the URL. Webmasters can also test their PWAs using multiple browsers, such as BrowserStack.com and Browserling.com.

Since more of Google’s Algorithm Updates are to be released later this year, businesses must stay abreast of these changes. Contact Visual Marketing for more information regarding those Google Algorithm Updates.

The post What You Need To Know About Google’s Algorithm Updates appeared first on Visual Marketing Australia.